High-end food and beverage equipment represents a significant investment in company resources. When changes occur — lines are shut down, processes are relocated, or consumer preferences change and equipment becomes obsolete — that once valuable equipment is no longer needed. This now seemingly useless equipment tends to either occupy precious space in a facility or get discarded. With companies and consumers becoming more environmentally and economically conscious, Placer Process Systems has developed a way to efficiently reuse equipment that is cost-effective and reduces lead time. 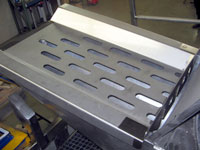 A manufacturer had a 500-gallon stainless steel tank with an agitator they considered scrapping. The equipment had been used for juice concentrate processing, but the process it had supported became redundant and the tank was no longer needed. The equipment itself was still useful and in prime function.

The Placer Process team identified an application elsewhere in the plant that could benefit by using the existing equipment. To minimize plant disruption, the tank was removed from the client’s facility and sent to Placer Process to be refurbished. Once finished, the tank was integrated it into a state-of-the-art system for sweetener and ingredient hydration.

As a result our client benefited from the performance of the new system at a substantially reduced cost. Lead time for the project was significantly reduced as well. We were able to provide our customer with a new system at a fraction of the cost and on an expedited schedule.

Features and benefits of the new system include: 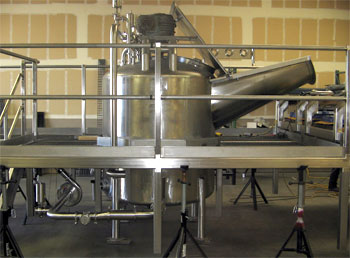 By reusing existing equipment that is no longer needed for its original purpose, manufacturers benefit from substantial cost savings and dramatically reduced lead times. This also helps the environment by giving new life to old equipment rather than using it as landfill.

Contact Placer Process Systems to see how we can add value to your equipment and processes.

Contact us to arrange a call or meeting to discuss your sanitary process needs and find out how our solutions can improve quality and safety, while reducing production downtime.

Our years of experience enable us to partner with our clients to design and build complete solutions unique to their needs. Our solutions implement industry specific best practices while providing our clients a competitive advantage in speed and efficiency in today’s challenging environment.

On time, On budget. On task. Together, let’s solve your problem. Contact us today to discuss your project.